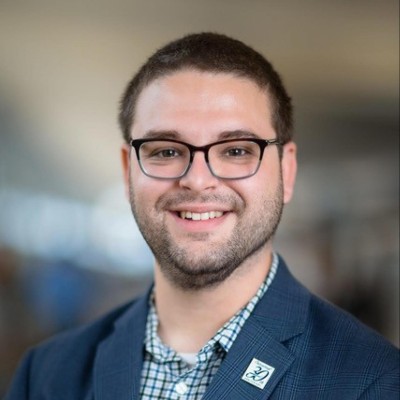 Jamie first got his hook on miles and points during a high school choir trip to Europe, where he flew in Lufthansa First Class (thanks to his dad’s then US Airways miles) because economy was sold out.

Years later, he started The Forward Cabin blog to teach friends and family about miles and points and delve in deep to the inner workings of airline and hotel programs.

Highlighting on his knowledge of airline customer experience, Jamie was featured in American Airlines’ “Elevate” training program presented to all employees in 2016 talking about the essentials to customer service.

Consulting projects include clients such as Executive Travel, OurBus, ZED Aerospace, PEX+, American Airlines, iVisa and DoNotPay Travel, among others.

In 2018, he was awarded the highest honor for exceptional customer service for Washington Dulles International Airport.

Jamie holds a B.S. in Political Science from the University of Mary Washington, and is a certified Advanced Life Support provider with the Commonwealth of Virginia. In his spare time, he volunteers as an emergency medical technician on an ambulance, leads community CPR and First Aid classes, and is on the Board of Directors of his local Rotary Club. His proudest accomplishment is earning the Eagle Scout award with the Boy Scouts of America.